Welcome to our autumn semester classes. Today we will continue with the work we did on expressing our likes and dislikes.

Now, let’s think about some resources you can use to work on your conversational ability in English.

Some things you can do to improve your spoken English ability.

Every week they discuss an interesting English language article, it might be cultural, social, political. They explain many of the words and phrases you might not be so familiar with. Its free to read their weekly articles, and they have courses you can sign up for, but there is a charge for those. We will look at one of the recent articles they read and explain when we talk about celebritities and popular values in a few weeks (we’ll talk about Fan Bingbing). 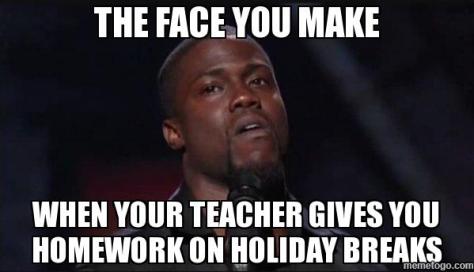 If you remember, I asked you to watch, read or listen to and English language film, tv series (or episode), book, or piece of music.

Let’s break into our small groups and discuss what we thought of the things we watched, read or listened to. Tell each about your text, and why you liked or disliked it. I’ll walk around and listen to your discussions. Then we’ll have a group discussion.

Last week we categorized the phrases below as

B. Phrases to say something is OK 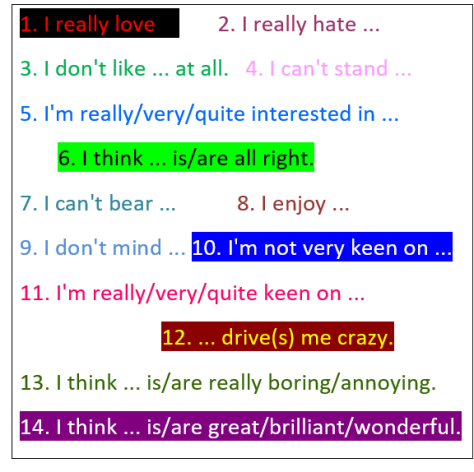 What’s in an English Name?

We’re going to talk about naming people, and about the Chinese practice of adopting English names.

Many Chinese people have an English name as well as their Chinese name.

Conversely, many foreigners in China adopt a Chinese name. They do so for a several reasons including ease of being understood by Mandarin speakers. Anglophone waigouren in China also adopt Chinese names as a form of respect for Chinese culture and as a gesture of integration (taking part in the local culture and society).

Sine the 1980s, a key reason Chinese people have chosen an English name has been to facilitate doing business with English-speaking (Anglophone) colleagues. This was partially because it seemed easier for Anglophone colleagues to pronounce an English name. It may be that some businesses expect their staff to have English names.

Also, it may be that a normal sounding English name helps a person ‘fit in’ with an Anglophone society when a person travels overseas, or works in a foreign company. Using an English name might give the message that a Chinese person is going to integrate, adopting the cultural habits of the Anglophone country or company  she or he is in.

Some Chinese people might think having an English name is a status symbol of education and success, being smart and important enough to have an English name. It shows that a person is multicultural or cosmopolitan, suggesting that the person may be bilingual.

Maybe some people like the idea of rebranding or having another version of themselves (like people have chat names and avatars online).

People adopting an English name in addition to their original name is quite common in China but not as common in other Asian countries like Japan, Korea, Pakistan and India.

One reason for the difference may lie in the Chinese tradition of adapting or changing names for differing contexts (i.e., monastery names, school names, business names, posthumous names, etc).

Instead of adopting an English name, a Chinese person could chose to just use their Chinese first name and family name and expect Anglophone people to learn it. President Xi Jinping, for example, probably doesn’t have an English name (or a chat name or avater).

Some people argue that adopting an English name encourages assimilation (becoming part of the English speaking world) rather than integration (keeping and accomodating our different languages and cultures). It encourages the spread of English language and culture as universal, and thereby lessening the value of Chinese language and culture.

A quick word about gender.

English language has a gender bias (to some extent). We could think of the example how students are named as a group. Why are first year students called “freshmen“? Isn’t it gender biased? Can we say fresh(wo)men instead? Similarly, why is the head of a company meeting called the “chairman“? Maybe “chairperson” or “the chair” is more gendered balanced.

In many languages people’s first names are gendered. Italians, for example, put “o” on the end of masculine names, and “a” on the end of feminine names like”Angelo” and “Angela”. English doesn’t do this. However, many names are clearly used for one or the other of the two traditional genders: for example, there are not many women called “Harry”, nor boys called “Penelope”.

Although most names are used in a gender specific way, some names are used to name children of masculine and feminine genders, and sometimes names that are used for one gender are used for the other gender. For example, “Toby” is generally a male name but after a famous American actress called herself “Toby” in the 1930s and 40s, many parents bean to use it as a name for their daughters. Similarly, the famous writer George Elliot took a typically male name (“George”) for her own forename.

C1 to make something possible or easier

C1 [I or T] to mix with and joinsociety or a group of people, often changing to suittheir way of life, habits, and customs

including people who have many different customs and beliefs

C2 [C usually singular, U] the action of supporting or opposing a particularperson or thing in an unfair way, because of allowingpersonalopinions to influenceyourjudgment

[C usually singular] the fact of preferring a particularsubject or thing

an image that represents you in onlinegames, chatrooms, etc. and that you can move around the screen

happening after a person’s death

B2 existing everywhere or involving everyone

Chinese names are invested with symbolism, meaning, and parent and grandparents’ hopes for the child, and perception of the child’s dominant attributes.In the Anglophone world names may be chosen for their sounds, meanings, and associations, and for a combination of these criteria.

Some people choose names because they like the sound of a word,

For example, “Matthew” suggests man of peace, and “Jemima” suggests a woman of peace (as the word means “dove” in Hebrew)

One way a name might convey meaning is through the people or things the name is associated with, including other people who have the same name, or older relatives or ancestors who had the same name.

For example, a name may be associated with celebrities and famous public people, such as

For example, with famous characters

“Portia”, from William Shakespeare’s The Merchant of Venice. 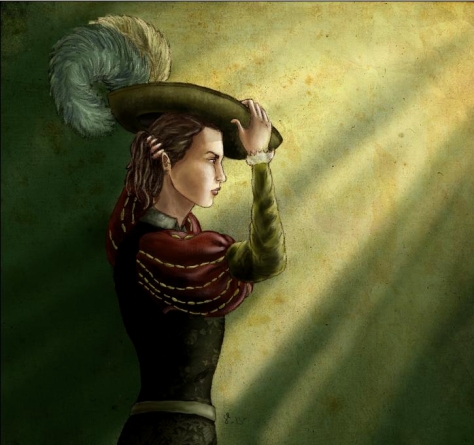 For example, with historical figures 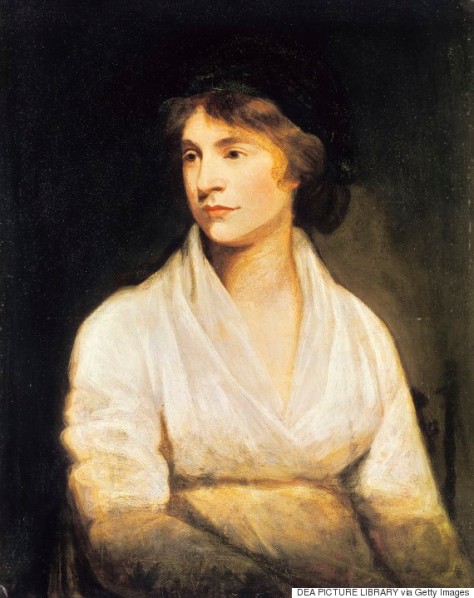 For example, my nephew Will is named after my grandfather Bill (their full forename is “William”). Historically, it was not unusual for eldest sons to be named after their fathers. This still happens, but the tradition may be less common these days. In Anglophone societies, having a middle name is common. For example, my middle name is “Ronald”, which is my maternal grandfather’s name. Middle names are often chosen to keep alive the name of a relative or ancestor.

Sometimes the thing being expressed is the love of a place, as is the case with Anglophone names like “Kenton” (which can mean Royal town), or “Tex” (a shortened version of the place name Texas).

Many forenames used by Anglophones are not actually English.

For example, my grandmothers (both English ladies) had foreign names: Eugénie (a French name) and Consueleta (a Spanish name). They were named in the 1920s. The English language practice of stealing words from other languages is historically longstanding. What’s more, these days many families are multicultural so foreign names in Anglophone societies are increasingly common.

Many Anglophone names derives from religious tradition. “Matthew”, “Mark”, “Luke” and “John” are commonly chosen forenames in part because these are the names of the four authors of the Christian “new testament” bible. Similarly, common Anglophone names include some that are important to the Jewish faith, like “Aaron”, “Abbigail”, “Michael” and “Miriam”.

For Chinese people, the choice of an English name might involve a mix of Chinese and English reasoning based on the traditions of both countries.

For example, my wife “Jian” is called “Jean” in English; a student called “Lin” might use the name Lynn.

For example,  a woman named ? (“Yuè”, moon) chose the name “Selena” who was the Roman goddess of the moon.

There are issues to think about in relation to this: How will the name seem to other people (including other children)? Will it allow the person to maintain respect (or at least not be disrespected)?

For example, one of my nephews is called “London” (actually first name “London” and middle name “Wolf”). He is named for a city and a wild animal. Other children might find his name interesting or funny.

To use the examples of my nephews again, “William” becomes “Will” or “Bill”. Names “Abigail” become “Abi, or Abby”, and names like “Edward” become “Ed” or Ted”. So when  choosing an English name you might think of the shortened version that people often use in everyday speech as that is what people are more likely to actually call you.

For example, my name is “Matthew”. It is normally shortened to “Matt”. But some of my family and friends like to call me “Matty”. My nephew William could find himself called “Billy” or “Willy” (the shortened version of his name + y). Actually the last version of his name is a slightly rude/obscene word in English, so he wouldn’t want his schoolmates to call him that.

So far we’re talking about formal names that might become less formal in everyday use, by shortening or softening. But there are also Chinese and English traditions that are just informal, and ideally (but not always) friendly. Well, Chinese little names are always friendly (the extra name a parent might affectionately given a child, like Dong Dong or Xiao Hong etc). Nicknames are made up names that people give each other. In Anglophone culture these are sometimes intended to be funny and affectionate and are based on observation of a persons traits, character, behaviour or fate. Sometimes, however, they are intended to make fun of a person, and (for children) may be a form of verbal bullying.

Examples include opposites like “Tiny” for a very large man; “Blue” for a red headed man (because a “blue” is a fight, and red headed people are thought of as liking a fight).